Home News IPPG CEO: Building An International Financial Center is a "Once in a Thousand Years" Opportunity

IPPG CEO: Building An International Financial Center is a "Once in a Thousand Years" Opportunity

Ms. Le Hong Thuy Tien, General Director of IPPG, stated that Vietnam today has a once-in-a-thousand-years opportunity to build an international financial center. We will fall behind if we do not take advantage of this wonderful opportunity, making it more difficult to compete on a global scale.

On February 25, the People's Committee of Ho Chi Minh City hosted a convention on the "Project to Develop Ho Chi Minh City into an International Financial Center". The convention attracted the participation of more than 200 leading experts, businesses and associated ministries.

At the convention, Ms. Phan Thi Thang, Vice Chairman of the People's Committee of Ho Chi Minh City, said that Ho Chi Minh City has the advantage of geographical location, stable political and social conditions, and economic dynamism, and that it has been and continues to be the main locomotive of Vietnam's economy.

With the potential and strong development of Ho Chi Minh City, it will help strengthen the growth engine for the Southern major economic region, contributing to Vietnam's overall development both domestically and globally. As a result, building an international financial center is not only Ho Chi Minh City's aspiration, but also the Central Committee's will and determination to concretize the goal of the Resolution of the 13th Party Congress.

According to Ms. Thang, Ho Chi Minh City will face many challenges on the way to achieve its strategic vision of becoming an international financial center of Vietnam. Therefore, it is necessary to have activities such as orienting the suitable model, developing mechanisms and policies, legal frameworks, developing infrastructure, technology platforms, and human resources to effectively operate a financial center of regional and international stature. 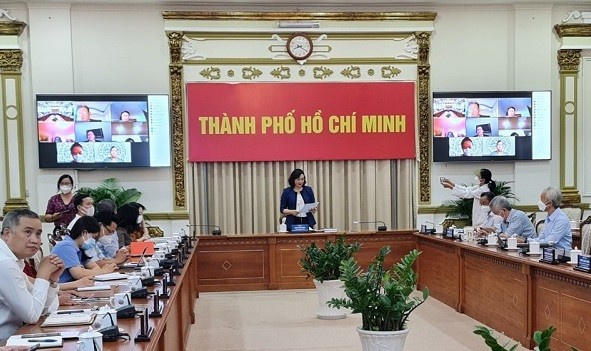 Along with that, identifying breakthrough strategic policies to compete, attract, and encourage investors and major financial organizations to invest in the Vietnamese financial center is also necessary. Simultaneously, mobilize internal and external resources, as well as promote connections with the world's financial centers to develop the hardware infrastructure of the financial center.

Ms. Le Hong Thuy Tien, General Director of Imex Pan Pacific Group (IPPG), also spoke at the conference, informing that the group had signed a contract with the People's Committee of Ho Chi Minh City to build a project of the Vietnamese international financial center in Ho Chi Minh City. According to her, the group's proposal to build an international financial center was offered by Sherman Financial Consulting Company, domestic consulting firms, notably with the participation in comments of investors, and US financial companies in the top Fortune 500 (list of 500 largest US companies).

The IPPG leader said that the project is being developed in accordance with a new financial center model, which is true in terms of finance and financial services such as banking, foreign exchange, securities, brokerage, insurance, and so on. 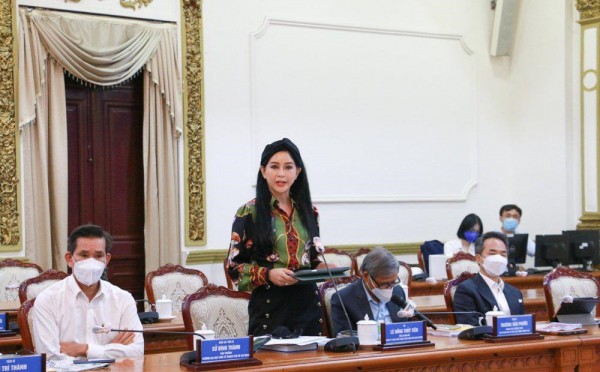 Furthermore, according to the CEO of IPPG, the trend of developing financial centers with advantageous preferential conditions to attract major investors and compete with nations in the region and around the world is still going strong, with cities such as Singapore, Shanghai, Tokyo, and Beijing leading the way.

In particular, China recently passed a law turning Hainan province into an international financial center in addition to its role as a free-trade port. As a result, financial services will be supported by legislative reforms, capital and investment flow liberalization and facilitation, increased cross-border trade, and the ability of financial institutions to conduct offshore financial centers to achieve long-term strategic goals.

IPPG leaders expressed their wish that the financial center reinvent Vietnam as a gateway for global investors in the ASEAN regional market, competing with Singapore and Hong Kong.

"This requires us having unique competitive factors as well as establishing a legislative framework that allows the financial center to have a clear answer for international investors as to "why choose Vietnam to invest, why bring cash flow into Vietnam," Ms. Tien explained.

"World-class qualified strategic investors who are partners of IPPG have been waiting since 2016 until today." Hence, if it is too sluggish, Vietnam will miss out on a great opportunity to speed the process of becoming a developed nation by 2045, as laid out in the Resolution of the 13th Party Congress," Ms. Tien emphasized.

A representative of IPPG also stated that, in light of the region's financial institutions shifting, Southeast Asian countries are rushing to welcome them. Thus, in order for Vietnam to capitalize on the "once in a thousand years" opportunity, our policies must be more innovative and outstanding than the current legislative framework.

"If the project is completed without a breakthrough, or if the project idea is too normal, Vietnam will be left behind and would find it impossible to compete on a global scale. As a result, drastic engagement and assistance from the Party, Government, National Assembly, and experts, departments, ministries, branches, and central government are needed "Ms. Tien said.

On February 23, the Government Office sent a document to the ministries of Planning and Investment, Justice, Finance, and the State Bank of Vietnam, as well as the People's Committee of Ho Chi Minh City and the People's Committee of Da Nang City, conveying the direction of Prime Minister Pham Minh Chinh on the proposal to set up the project of the Vietnamese Financial Center of the Imex Pan Pacific Group (IPPG).

The Government Office will choose the meeting's topic and schedule based on the prepared documents and will notify later.