The Announcement Ceremony of Decrees and Decisions of the Government and the Prime Minister on Da Nang city development took place on the morning of March 29 in Da Nang, with the participation of Deputy Prime Minister Trinh Dinh Dung and leaders of ministries and central departments.

At the ceremony, leaders of Da Nang city provided important decrees and decisions of the Government, including Decision No. 359 / QD-TTg dated March 15, 2021, approving the general planning adjustment project of the city and advocated to allow for research and project formulation to build Da Nang city into a regional-level finance center.

At the ceremony, the Imex Pan Pacific Group (IPPG), on behalf of the consortium of major corporations of the United States: Cantor Fitzgerald, Weidner Resorts/GAM, Steelman Partners, was chosen to sign sponsorship by Da Nang city for the Danang Financial Center project, at the same time, the People's Committee of Da Nang city also agreed to allow IPPG and interested joint ventures to invest in the Danang Financial Center project (an overall estimated area of ​​58 ha in Son Tra District).

Besides, the People's Committee of Da Nang city directed departments and branches of Da Nang city to create favourable conditions for IPPG to participate in the process of selecting project investors following Vietnamese law. A UK company - Sherman, specializing in the construction of global financial center projects, has been selected as the main consultant for the Danang Financial Center project. 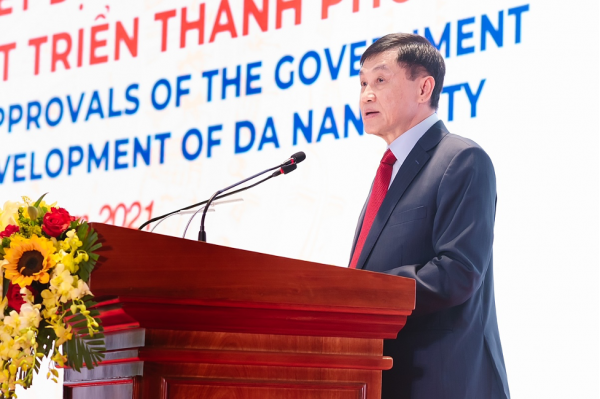 Accordingly, IPPG committed to hand over the project to the People's Committee of Da Nang city within six months from the date of signing this Agreement (excluding the time for collecting comments from relevant agencies and submitting it to the People's Committee of Da Nang city for authority approval). Content of the project must be in line with the undertakings and policies of the State of Vietnam and the development orientation of Da Nang city; feasible in practice when it is approved by the competent authority; capable of attracting international investors to the project. 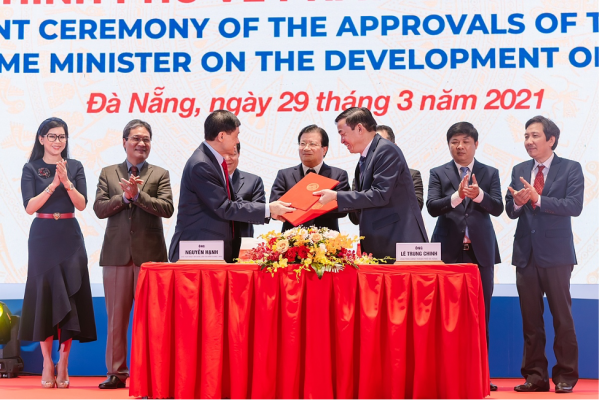 Speaking at the announcement ceremony, Mr. Johnathan Hanh Nguyen - Chairman of IPPG affirmed: With the desire to contribute to the development of Da Nang city in particular and Vietnam in general, to realize the Government's goal of making Vietnam a developed country by 2045, he and his partners, who are the world's leading investors in the fields of: Financial Center, Investment and design of resort hotels and casino entertainment complexes, which has exchanged and worked hard day and night to soon reach agreements through the IPPG, bringing the Regional-level Finance Center Project into Da Nang city in the near future.

Mr. Hanh Nguyen also expressed his respect to the drastic decisions and directions of the Government and the Prime Minister, which are the key to paving the way for accelerating and improving the business environment of Vietnam. IPPG and Mr. Hanh Nguyen personally are proud to be the bridge connecting the construction of regional and international projects. 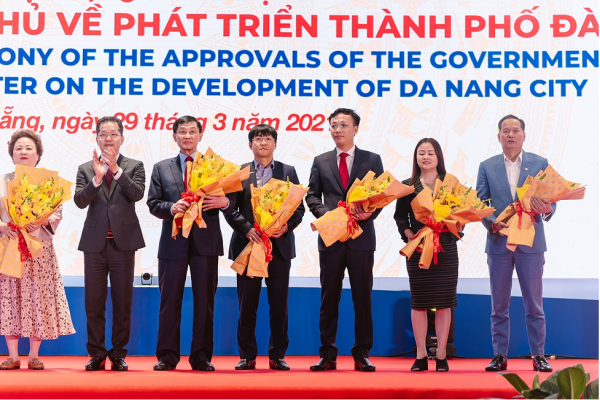 Mr. Johnathan Hanh Nguyen (third from left) and businesses received flowers of thanks from the Organizing Committee in Da Nang. Image: IPPG.

Mr. Johnathan Hanh Nguyen also shared that: “With the determination and facilitation, proactively solving difficulties and problems for investors of the leaders of Da Nang city, we believe that in the near future Da Nang will become a city of finance, tourism, entertainment and shopping on a regional and world-class scale. The Government's expectation is that by 2045, Vietnam will become a developed country, with the support of the Government in the coming terms, with the assigned mission, I pledge to contribute to bringing Vietnam forward in a multidimensional international