With the efforts and success to lead IPP Group to introduce Vietnam’s quintessence to the World and vice-versa, CEO Le Hong Thuy Tien has proven her increasingly asserted leadership and business talent.

Not only famous as the wife of "King of branded goods” Johnathan Hanh Nguyen, but businesswoman Thuy Tien is also admired by the business circle and the public for her leadership and business talent.

The "fateful" flight created a chance for attendant Thuy Tien to meet and marry Johnathan Hanh Nguyen – a business man. Before that moment, Mr. Johnathan has been famous for outstanding achievements. He is a Vietnamese overseas pioneering to come back home country and contribute to the transformation of the Vietnamese economy. On September 9, 1985, Vietnam made its first international flight to the Philippines, opening the door to bring Vietnam to the World. He is the founder of the Inter-Pacific Group (IPP Group) with a series of economic development projects, and is a bridge to attract foreign investment into Vietnam and "a bright star" on Vietnam's economic map.

As a beautiful actress and flight attendant, but after marrying Mr. Johnathan, Ms. Thuy Tien is not "destined" to be a powerful man’s shadow. She joined the business with the relentless efforts to learn, dare to think, and to do. The successes, as well as the current position, have proved that the woman who used to an actress and until now still is loved by the King of branded goods, has enough qualities to become the real leader in the market.

Ms. Thuy Tien is a leader of the luxury fashion industry "Luxury World" in Vietnam. She has 17 years in the role of CEO, greatly contributing to the outstanding development of the IPP Group. Presently, IPP Group has become one of the largest retail businesses in Vietnam with more than 25,000 employees, 33 subsidiaries with nearly 1-billion-USD revenue per year. 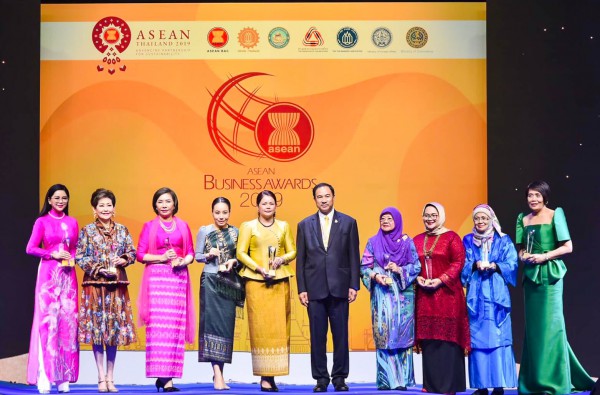 Ms. Thuy Tien is known as a pioneer in the field of retail in Vietnam, starting with the Eastern Supermarket (Sieu thi Miền Đông) of more than 10,000 m2 - the first and largest multi-industry supermarket in Vietnam in 1995. Under her leadership, the Group started import-export activities with the US, Australia and many other countries.

In addition, IPP Group is also the investor of high-end shopping malls such as Rex Arcade, Trang Tien Plaza. Not only that, under her guidance, IPP Gropu became one of the first private enterprises pioneering in the field of duty-free shops, non-tariff zones and investment in Cam Ranh International Airport Terminal. These projects have enhanced the group's position in economic and tourism development in Vietnam.

Ms. Thuy Tien is also the CEO actively applying innovative activities and solutions, investing in advanced technology management solutions such as ERP Oracle synchronous solution system to fulfill the company's many business strategic objectives. Her achievements and continued career development are evidenced by her breakthrough in increasing the group's presence in the retail industry in Vietnam and internationally. The Group's success has created thousands of jobs, boosted import and export sales, raised revenue and corporate taxes for the country, and enhanced Vietnam's position on the world fashion map.

In addition to her professional expertise, Ms. Thuy Tien also enthusiastically supports women's empowerment in workplace equality and career development, with 60% of the group's employees being women and the number of women in managerial leadership positions reaches 70%. Her strong efforts in implementing Corporate Social Responsibility for better social improvement, including building shelters and schools for children and teachers in poor rural areas, and supporting charity funds and educational programs in Vietnam with more than 20 million USD in recent years.

With many achievements in social activities for equal rights and capacity building in the workplace for Vietnamese women, Ms. Thuy Tien has been invited to be a speaker at many prestigious forums in Vietnam and the world, such as the 2017 APEC Conference - A Private Dialouge on Women and Economic Conference for Top Asian Women Entrepreneurs and Leaders in Da Nang; Speaker at the ASEAN Women Entrepreneurs Forum, 2019 ASEAN CEO Conference in Bangkok. She was also the first businesswoman in Vietnam and Asia to be invited by the President of the World Women's Summit to speak at this conference for two consecutive years: 2018 (in Sydney) and 2019 (in Basil, Switzerland) with the theme: "Women - Redefining Success" and "Building Economies with Shared Value" at an official dialogue session for more than 5000 delegates from 65 countries. There are many leaders, ministers, CEOs of large corporations, businesswomen and representatives of many women's organizations around the world.

She was voted as one of the most successful young businesswomen in Vietnam and Asia by international prestigious magazines such as Forbes, The Guardian, Marie Claire of the US and Australia, Harper Bazaar, Her World Singapore, honored to be in the top 50 most influential women in Vietnam 2018-2019, won the ASEAN Business Women Award 2019, received the Gold Rose Cup awarded by VCCI, Certificate of Merit from the Vietnam Women's Union, Ministries, Departments, the Prime Minister, and the Third Class Labor Medal awarded by the State President, the title "Global Trade Ambassador" of Los Angeles City. In particular, in 3 consecutive years, she has been named by the BOF as one of 500 influencers - one of the world's most proud recognition for her. 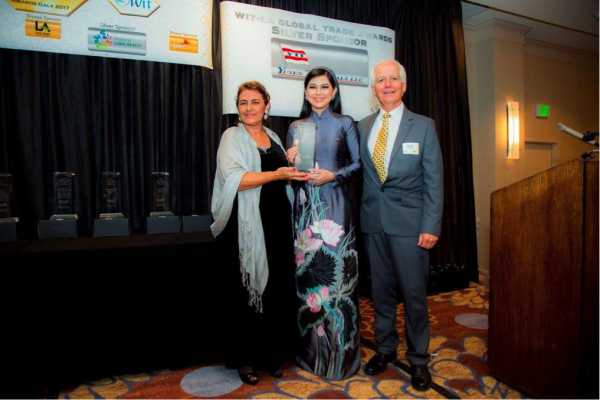 In addition to the contributions to the country's economic development, the operation path of IPP Group under the leadership of CEO Thuy Tien has greatly contributed to the Group's international exchange and integration. It is the process of integration in all aspects from the economy, culture, social life, education, etc. aimed to bring Vietnam's development closer to the flow of countries in the world, especially the developed powers.

With its achievements, IPP Group has spread the mission of "bringing the world's quintessence to Vietnam and taking Vietnam to the world's level". IPP Group brings Vietnamese consumers to the world's development in many aspects such as fashion, food service, convenience services, aviation, artificial intelligence, etc. At the same time, IPP Group has conveyed the message of an increasingly progressive, modern and civilized Vietnam to international friends. It can be affirmed that IPP Group is one of the important bridges between Vietnam and the world and in which CEO Le Hong Thuy Tien is one of the pillars of building, maintaining and developing that bridge.

CEO Le Hong Thuy Tien deserves the typical face representing the new generation of Vietnamese women of beauty, talent, happiness and success. With her dedication and imprint on the journey of "silent transformation", she will continue to make wise decisions in the marketplace, bring the IPP to the international market and contribute to taking Vietnam strongly integrate into the World.

Mr. Johnathan Hanh Nguyen Received the Medal “For the Cause of Education”

IPPG donated 3 billion VND in the Program "Spring for Children"